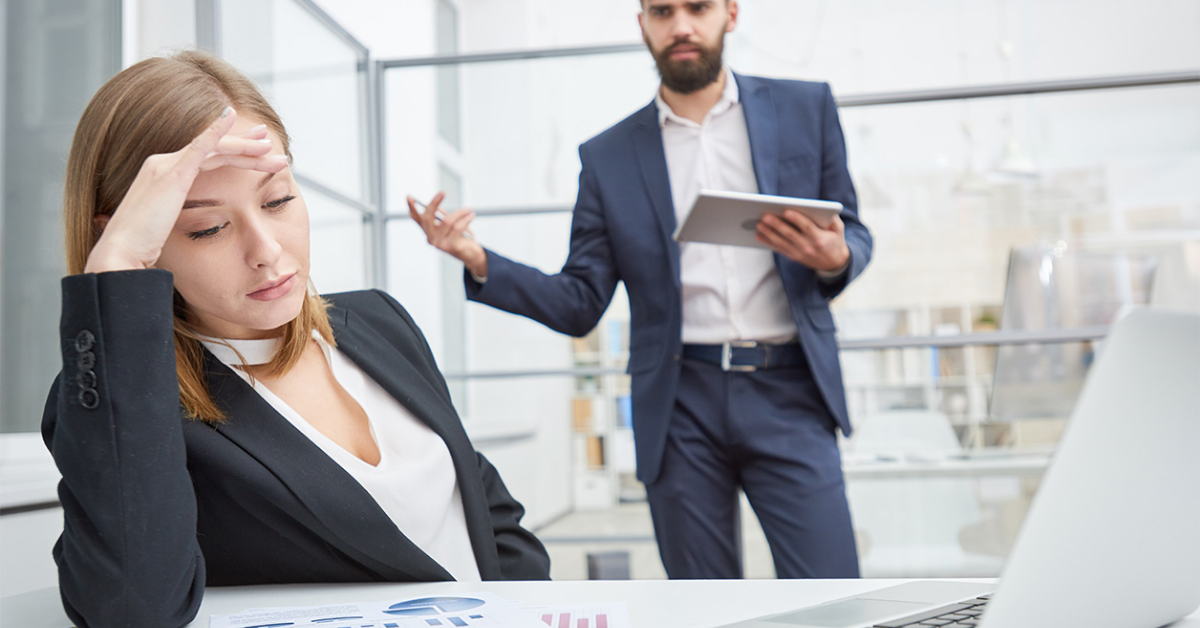 While many of us are good at what we do, sometimes it is not the work but the workplace that poses more of a challenge. Keeping a job and loving it at the same time can be challenging. Likewise, relationships are difficult, no matter what kind they are.

Being cordial, respectful, and professional at all times is crucial despite having intellectual or ideological differences with your colleagues and superiors when it comes to working. Your personal preferences should never overshadow your professional decisions.

And yet, some employers fail to keep them in mind. It is often seen that a boss’s grudges often come in the way of an employee’s success. But no one is above the law, and there are some things that even your boss cannot do. Most of the time, one falls prey to the whims of employers. It happens because one is not aware of what an employer cannot do legally, and trying to enforce anything on an employee can give the latter the right to sue the employer.

The National Labor Relations Act, along with quite a few other statutes, falls under the purview of the U.S. Equal Employment Opportunity Commission. Accordingly, they consistently strive to ensure that employees do not have to face hostile work environments. Further, it ensures that employees do not have to bear the brunt of unfair labor practices.

Things Your Boss Cannot Do Legally in the Workplace

Here are some things that an employer cannot do to you, no matter which industry you are employed in.

Your boss cannot ask you prohibited or personal questions, no matter if you are meeting at the workplace or during an informal occasion like an office event after-party. For example, some of these questions might be pertaining to your sexual orientation, sexual preferences, marital status, or any other personal detail relating to your home or family.

They also cannot ask you questions regarding your previous workplace, asking you to divulge details about the previous company you worked for. Not answering any of these questions is well within your rights. The employer cannot take away any privileges from you for refusing to answer them.

Non-compete agreements are becoming quite popular among organizations these days in an effort to reduce competition and prevent trade secrets from getting out. Usually, such an agreement states that an employee would not work for a rival company in the same field for a stipulated period after leaving the current organization.

While some agreements are carefully and reasonably worded, others are too vague and too broad in their concept, which might prevent the employee from finding work in the same industry. That is unfair as any experience the employee may have is related to that field.

At the most, the agreement could state the employee might not work for a similar organization within a 25-mile radius or something close. But, of course, an employer cannot force you to sign such vague non-compete agreements.

It is often said that discussing salary, perks, and compensation packages with co-workers is not often a good idea, leading to workplace tensions. However, being unaware of the salary structure of the organization can keep you on a back foot, and you would have no idea of whether you are being paid at par with the organization’s other employees at similar designations.

This is especially true for female employees as they are often paid only 70% of what their male counterparts make in many organizations. Even if you do not know the actual figures, finding out about the range of the salary for a particular position is well within your rights.

Your employer cannot prohibit you from trying to know the salary range. However, suppose they go to lengths to prohibit employees from discussing salaries. In that case, there is a possibility that there is a discrepancy in the pay scale.

#4. Not Paying you Minimum Wages or the Overtime

Anyone who works for a living is doing so because of the money. The employee enters into a contract with the employer. The latter is required to pay fair wages to the employees in exchange for their services. Hence, not paying the employee the minimum wages allotted for the job is blatant exploitation on the part of the employer.

Similarly, the employer is also legally bound to pay them overtime if they put extra hours at work that ultimately benefits the company. Therefore, putting in more than 40 hours of work per week deserves overtime in most states of the US.

Sometimes, unethical employers will try to cut costs and employ two employees in place of one, but giving in to these practices only aggravates such unethical behavior. An employee can take the matter to the higher authorities and demand fair wages in such cases.

It is unethical to discriminate against anyone in the workplace on the basis of age, disability, religion, sex, color, genetic information, race, or national origin. It means that none of these factors should be taken into account when making crucial decisions related to employee retention, promotion, and setting compensation.

Even if many employees are hired based on fair rules, discrimination often seeps down from the higher level in untold ways. An employer should always ensure that the workplace is free of discrimination. All employees are also rigidly free from bias while dealing with their colleagues.

The employer should promote a discrimination-free environment. If he discriminates against an employee, they can bring it to the notice of the authorities.

Many employers often make employees outside their shifts. However, according to the Fair Labor Standards Act, your employer cannot legally ask you to do any work outside your paid shift. They cannot ask you to come early or leave later than the designated time.

You should also make sure that you do not accept any payments in cash for any length of time. Working without payslips or other kinds of proof of employment puts you on a backfoot as you would never be able to complain against your employer about unlawful practices. Moreover, you won’t be able to prove that you work for them in the first place.

If your employer dictates how you work and when you work and also asks you to follow some of the other rules and norms of the company, then you are an employee. However, your boss might have listed you as a contractor instead. This is often done to save money on employment taxes and relieve them from paying benefits. It also cuts down other costs.

It is alright if the company wants to hire contractors to cut costs. Still, they should not treat contractors as employees by making them follow stringent company norms. The contractors must be free to choose their projects and work according to their flexibility. As long as the work agreed upon gets done, both parties should not have problems.

Employees should be mindful of what they say online about their boss and company as it can directly affect their reputation. However, even if one does make a comment or two about the boss or some policy online, that does not entitle the employer to take strict disciplinary action against the employee.

The employer cannot fire you or suspend you without prior notice. Unless, of course, you had signed a written statement at the time of joining that you would not make any statement on social media.

What to Do if Your Employer is Violating the Law?

In case you suspect or have proof that your boss is violating the law or that you are facing challenges at work because of your boss’s attitude and ethics. It would be best if you addressed the human resources department. Check the complaint procedure and file a written complaint.

And suppose you feel that your employer is in a position of power and that complaints within the organization will go unnoticed, you can approach the National Labor Relations Board, where wage issues and labor offices issues are discussed. You can also hire a private employment attorney if you want to sue your boss and want to do everything legally. You have to be sure not to feel intimidated, and standing your ground will surely help.

Hence, it can be seen that there are quite a few things that your boss cannot do, but unless you are aware of them, you would not be able to exercise your rights as well. It is always good to read a contract thoroughly and seek clarification for any ambiguous statements before signing on the dotted line.

You must also have an idea about the employment laws in your state. You should be aware of the chain of command in your organization if you have to complain to the higher authority regarding workplace issues. This will make you a more confident employee, and you will be able to work with ease in your workplace.

Forrest Webber is an ordinary businessman who stumbled upon the lucrative world of blogging by accident. Forrest founded Wander Media LLC in 2017 and has led the company through ups and downs to a recent watermark of $30,000 in monthly revenue. He’s most passionate about imagination and the positive futures it can create. 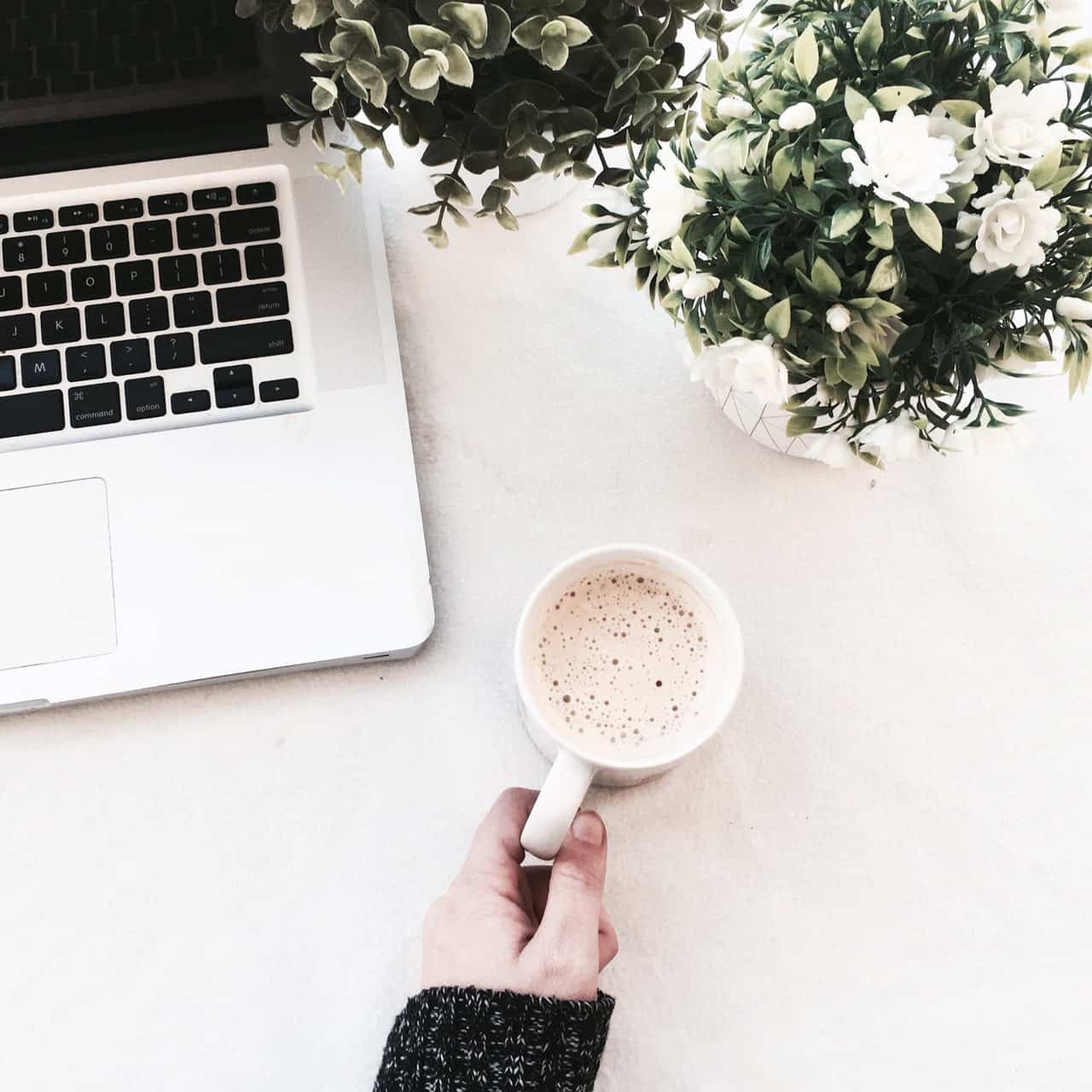 How to Find Clients as a Freelancer? 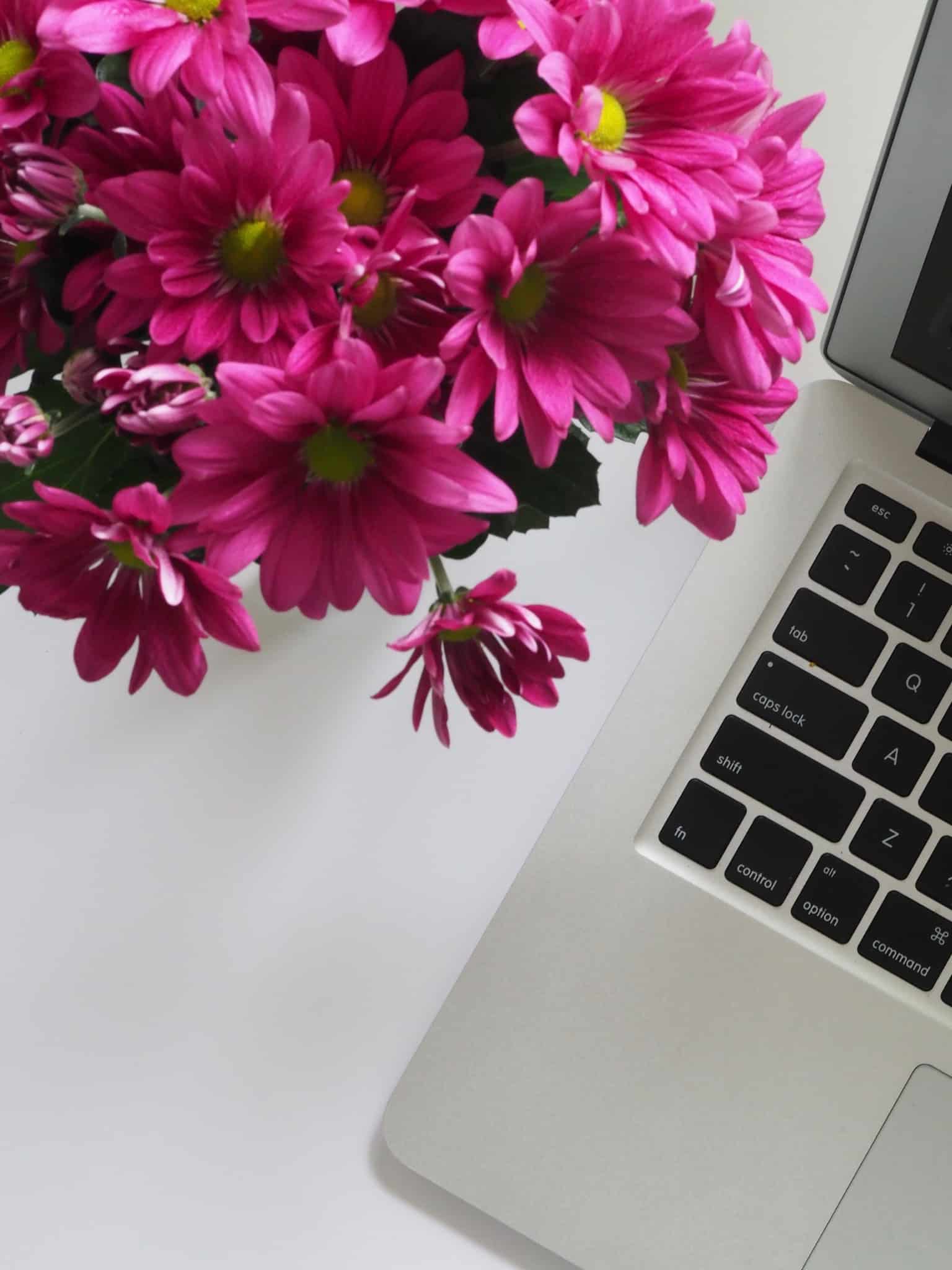 How To Brand a Blog? 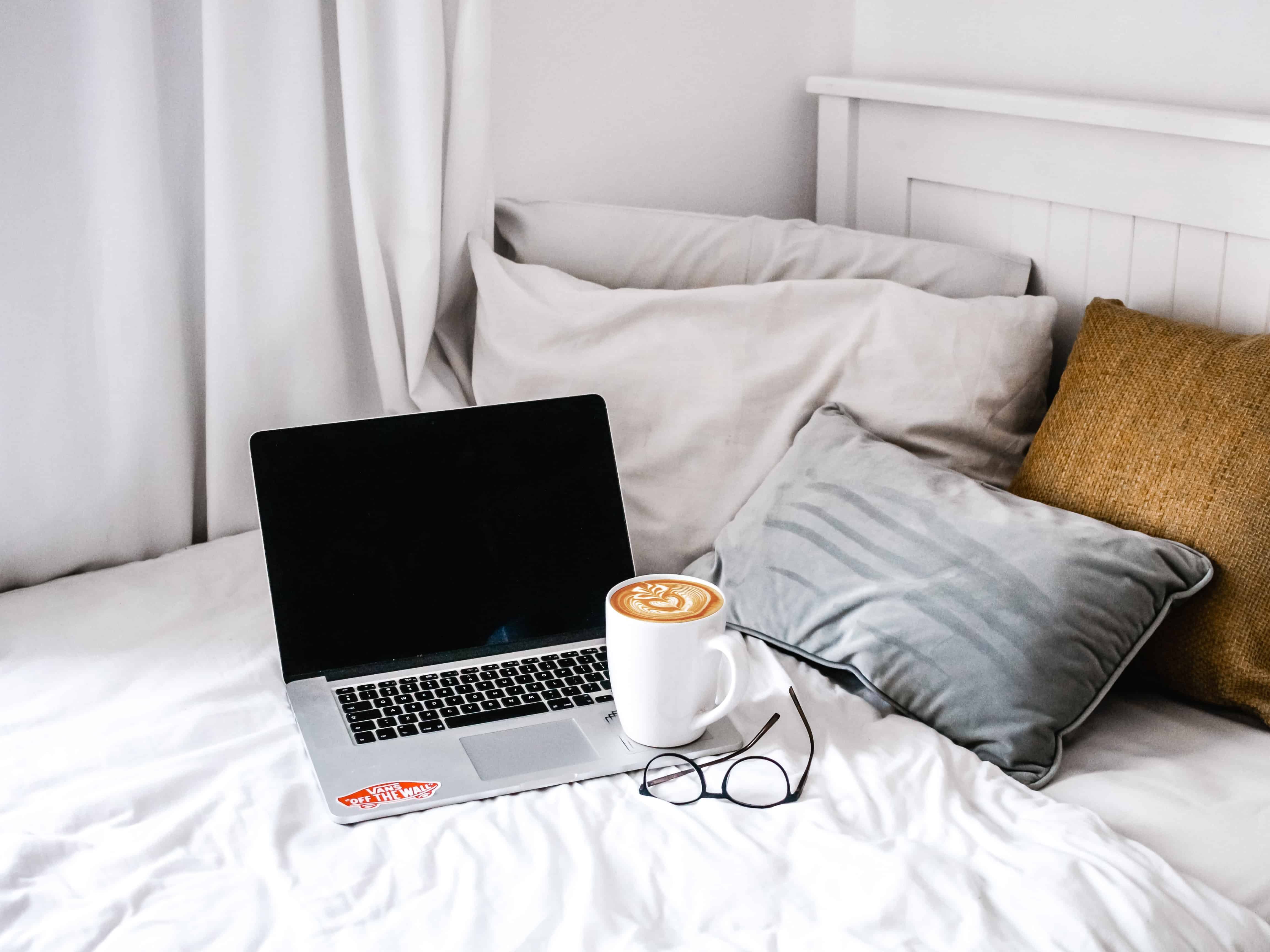 Things You Need to Know Before Becoming a Full-Time Blogger 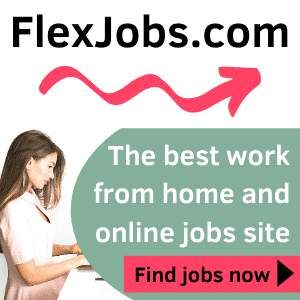 START A BOOKKEEPING BUSINESS FROM HOME

GET A PROFESSIONAL RESUME TEMPLATE 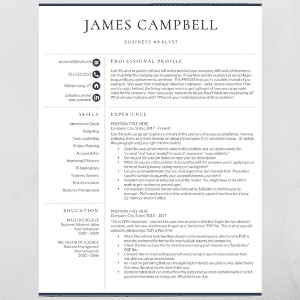 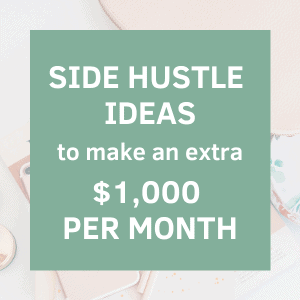 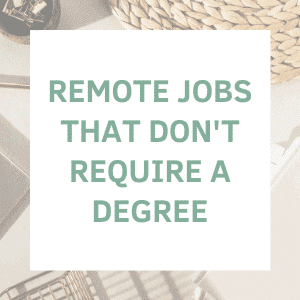 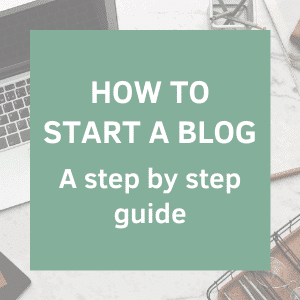 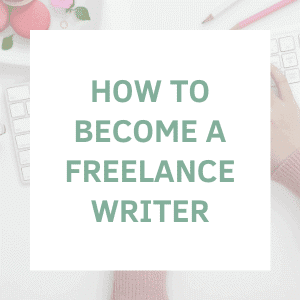 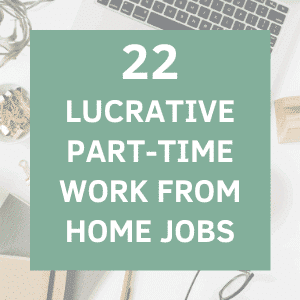 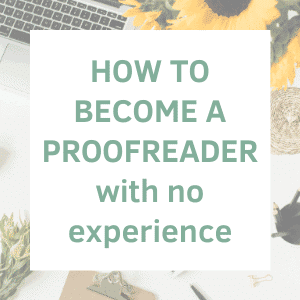 Ready to WIN with your money?